Low Fire Vs High Fire Clay – Which Clay is Right for You? 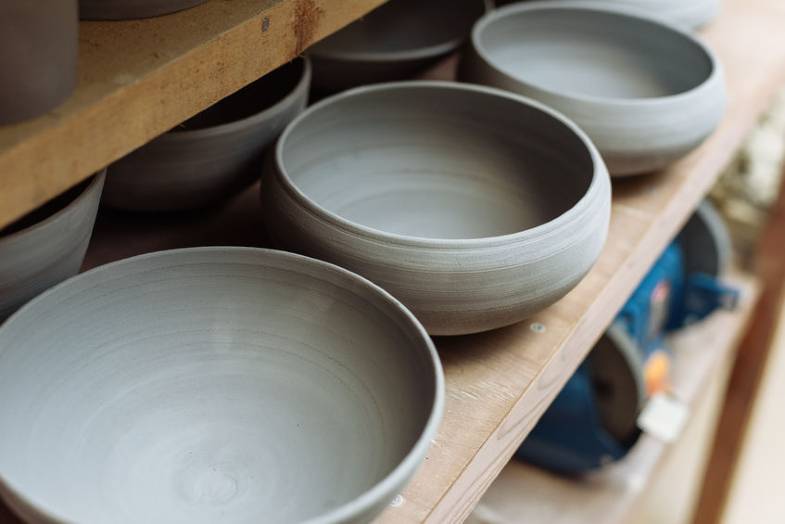 Low Fire Vs High Fire Clay – What are the Differences?

Let’s take a look at the difference between low, mid, and high fire clay.  First, here is an overview of the actual firing temperature ranges in question.  And the corresponding cone rating.

A Brief Overview of Cones and What they Mean

Before going on to look at what these differences in temperature mean, I wanted to say a bit about ‘cones’.  If you are new to pottery, you may have heard people talking about cones and wondered what they are.

The Orton Cone system is a way of measuring how much heat and time has been used during a kiln firing.

Clay is said to have matured during firing when it has reached its maximum strength and optimal density.  I say ‘optimal’ density because more density does not always mean more strength.  At some point during ‘densification’, if the clay becomes denser, it also becomes more brittle.

Cones are small pieces of ceramic that stand in the kiln when it’s being fired.  The cones bend when the pottery has had a particular amount of heatwork.  And cones are graded on a scale according to how much heatwork it will take to make them bend.

Cones range from cone 022 at very low temperatures, to cone 10 at the higher end of the spectrum.  For more information about pyrometric cones, check out this article.

Most electric kilns now have digital temperature controllers that determine the amount heatwork used.  However, the cone system is still used to indicate the point at which clays and glazes mature.

What’s more, not all kilns have digital control panels.  Some kilns, for example, kilns that use kiln sitters and gas kilns need more manual operation.  Potter’s using these kilns still put cones in the kiln to gauge if their ceramics have had sufficient heatwork.

Low fire clay reaches maturity when it is fired, between 1940 -2109F (1060-1154C).  On the cone system, this is between cone 04 and 1.  These are often referred to as ‘earthenware temperatures’ because earthenware is the term used for low fire clay.

As stated above, a clay is mature when it has become as strong as it can be.  The strength of a fired clay depends in part on how dense it becomes when it’s fired.  If clay is over-fired, that is, fired at too high a temperature, it becomes too dense and will be brittle.

The strength of fired clay comes from two processes that occur during firing.  These are sintering and vitrification.

Vitrification occurs when materials in the clay start to form molten glass.  This liquid glass fills up the gaps between the clay particles.  And when the clay cools the glass solidifies, and the clay is less porous.  Low porosity is one factor that contributes to ceramic strength.

Low fire clay does not vitrify because it doesn’t contain enough of the glass-forming materials required for vitrification.

However, low fire earthenware clay does undergo the process of sintering.  As such, low fire clay becomes sintered ceramic, but it is still porous.  This is because it does not undergo the glass-forming phase when it is fired.

Nevertheless, if it’s glazed well, low fire clay can be used for items like vases.  These are water holding, but providing the glaze creates a good seal, earthenware clay can be suitable.

Although some porcelain clay is fired at mid fire temperatures, mostly clay fired in this range is stoneware.  For this reason, the mid fire range is sometimes called ‘stoneware temperatures’.

Stoneware clay is often categorized as either mid fire or high fire.  Mid fire stoneware is usually glaze fired at cone 6.  So, you will also hear potters talking about using cone 6 clay.

However, some stoneware clays are sold as being suitable for firing between cone 6 and 10.

Unlike low fire clay, mid fire clay does vitrify when it reaches maturity in the kiln.  Mid fire clay goes through the sintering process.  Then once it reaches a high enough temperature, the glass-forming materials in the clay, mostly silica, start to melt.

Vitrification is a process.  So, a piece of ceramic can be more or less vitrified, depending on whether it’s had enough heatwork.  The more vitrified the clay becomes, the less porous it will be once it has cooled.

Ideally, functional pottery needs to have 2% porosity or less.  This means that only 2% of the ceramic body is made up of pores.  The rest is made up of solid matter.  Many cone 6 stoneware clays can achieve this target of 2% porosity if they are fired to the right temperature.

Some stoneware is high fire and most porcelain is fired at this temperature.

High fire temperatures are more often associated with gas firing and wood firing.  Whilst electric kilns are used for oxidation firing.  Gas and wood firing can be used to create a reduction atmosphere in the kiln.

Choosing the right clay is important, however, it’s not as simple as low fire v’s high fire clay.  Selecting a mid fire clay is also an option, and in my opinion, it’s often the best option.  Mid fire clay gives you the best of both worlds.  It is strong and waterproof but has the convenience of being easily fired in an electric kiln.  Perhaps you don’t own a kiln and you are relying on a community center to fire your work.  If that’s the case, it’s a good idea to find out what temperature they fire at.  And then choose a clay body accordingly. 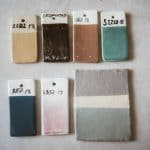 Can You Put Low Fire Glaze on High Fire Clay? Will it Work?

What is Leather Hard Clay? And Why is it so Useful? 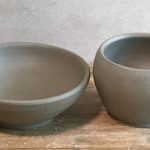