The number of different terms in the pottery world can feel overwhelming, so I wanted to start out by looking at the question what is the difference between pottery and ceramics?

Ceramics are made out of inorganic and non-metallic substances that become insoluble when heated.  Unlike pottery, not all ceramics are made of clay.  Also, whilst ceramics are used in many ways, from tooth crowns to electrical fuses, pottery is clay that has been made into a container of some kind.

Table of Contents show
1 What is the Difference Between Pottery and Ceramics?
1.1 So, how can you define ceramics?
1.1.1 Properties of Ceramics
2 What is Pottery? And How does it Differ From Ceramics?
2.1 What Are the Different Kinds of Pottery?
2.2 Earthenware
2.3 Stoneware
2.4 Porcelain
2.4.1 Firing Temperatures
3 What are Different Kinds of Pottery Made From?
3.1 Earthenware
3.2 Porcelain
3.3 Stoneware
3.4 The Difference Between Pottery and Ceramics – Final Thoughts

The words ceramics and pottery are often taken to mean the same thing.  However, when ceramics is used to refer to pottery, it is being used in a particular way to describe something artistic or craft-like.

In reality, the term ceramic is very broad and harder to define.  Technically, many substances can be classified as ceramic.  Including, amongst other things brick, cement, and diamonds.

Ceramics are often defined according to what they are not.  For example, they are often described as being any substances that are inorganic.  Being inorganic means that they don’t derive from living matter or contain carbon.  Also, they are non-metallic.

According to this definition, ceramics are the substances that we have left, when we take away all materials that are either organic or metallic.  However, this feels like a bit of a non-definition.

So, how can you define ceramics?

Another way of defining ceramics is by considering the properties that they do have.  For example, ceramics are refractory.  This means that they are fairly durable and can survive high temperatures.  They can also withstand chemicals and pressure.

They are also poor electrical conductors and most are non-magnetic.  Of course, listing properties has limitations because some ceramics will shatter easily and other ceramic is much tougher.  For example, a kitchen cup is fragile, whilst a ceramic tooth crown is very tough.

A material can be said to have become ceramic from heating once it has reached a state where it is not soluble in water.  Being non-soluble is different from being non-porous.  Some ceramics are porous, for example, earthenware pottery is somewhat porous and will absorb water.

The process of becoming ceramic is called vitrification.  To vitrify means to convert into glass or a glass-like substance.  When a material is becoming a ceramic through the heating process, glass forms, and bonds the material together.  It is sometimes a small amount of glass.  However, the more glass that is present, the more nonporous the ceramic will be.

What is Pottery? And How does it Differ From Ceramics?

In everyday use, people generally refer to a clay figurine as a ceramic figure and reserve the word pottery for a container or pot.

Pottery containers can either be made on a potter’s wheel or they can be built by hand alone.  This can be done by either pinching or rolling the clay

What Are the Different Kinds of Pottery?

Broadly speaking there are three different kinds of pottery.  They are:

Earthenware pottery is made from porous, white clay and is fired at lower temperatures. A low firing temperature is not more than 2156F or 1180 C. When fired at a low temperature like this, the clay will vitrify. However, the vitrification is not complete, so the pottery remains porous.

Another thing to know about earthenware is that when glazed, the glaze sits on the surface of the clay, adhering as a separate layer.

Because of the higher temperature, the clay and the glaze mingle to create their own mixed layer.

As well as being stronger than earthenware, stoneware is also denser.  An easy way to remember this is that stone is tougher than earth.

Porcelain pottery has a translucent appearance and is delicate. It is made from a refined clay and fired at a higher temperature than earthenware and stoneware. The firing temperature of porcelain is around 2192-2642 F (1200 – 1450 C).

Due to being fired at such a high temperature, it is very hard and non-porous. It has a translucent appearance because vitrification at higher temperatures is more complete.  This means that the porcelain piece has a more glass-like quality.

What are Different Kinds of Pottery Made From?

Earthenware, stoneware, and porcelain are made from different kinds of clay.  Also, they are mixed with different minerals and fired at different temperatures.  This accounts for their different properties.

Some of the minerals that earthenware clay contains are quartz and feldspar.  Quartz is a crystalline mineral and feldspar is a rock-forming mineral.  It also contains iron oxide or rust.  This accounts for its orange, red color.

Before clay can be made into something artistic or practical, it has to be dug up from the ground.  Earthenware clay has normally traveled far in moving water.  On its way, it picks up minerals before being deposited on a river bed.

Known as secondary clay, Earthenware has traveled some distance and picked up many impurities on its way.  It is these impurities that mean it melts at a lower temperature than other clays

In contrast to earthenware, porcelain is made from a soft, white, fine, rich clay called kaolin.  This clay contains the mineral kaolinite.  Kaolinite is also used to give paper its glossy sheen.

Unlike earthenware which is carried far upstream, Kaoline is a residual deposit.   This means is that it stays at the point of formation.

As such it does not pick up many impurities.  Rather it is the product of a rock that dissolves slowly with time.  Kaoline is referred to as a primary clay.

Stoneware clay is actually a generic term used to refer to a number of different clays.  These various clays,  when fired at a particular temperature, produce a hard, vitreous (glassy, non-porous) and dense piece of pottery.

The clay itself can be made out of just a few raw materials or it can be made by combining a number of different kinds of clay and minerals.

The particular combination of materials used is referred to as the ‘clay body’ and will depend on what the pottery is being used for.

The Difference Between Pottery and Ceramics – Final Thoughts

In researching this article, I’ve found that there is a disagreement between different schools of thought about the difference between ceramics and pottery.  Some research uses the terms ceramics and pottery interchangeably.  Other writers, artists, or potters make a distinction between the two much along the lines of the distinction that I made in the introduction.

The distinction is mainly that pottery is a subset of a wider group of materials called ceramics and that ceramics have broader practical and artistic applications.

There is also some disagreement about what pottery consists of.  Some argue that pottery can include artifacts such as figurines and decorations.  Others claim that strictly speaking pottery is referring to objects that are intended to be containers. 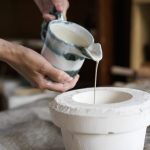 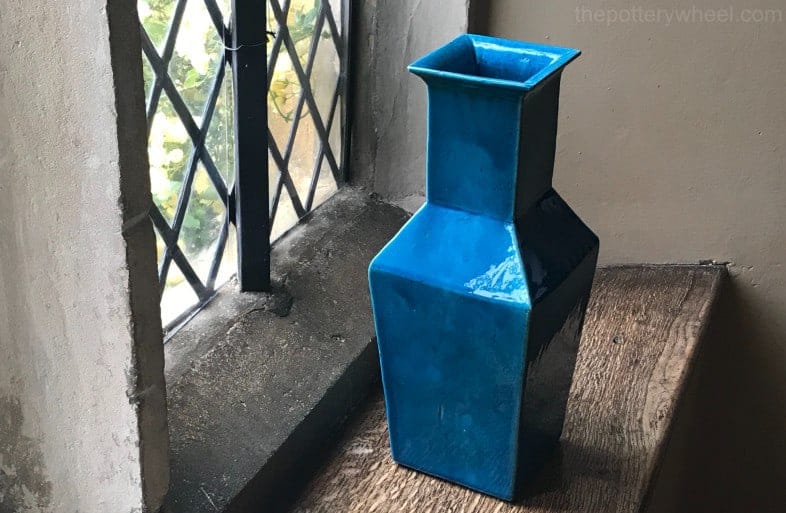 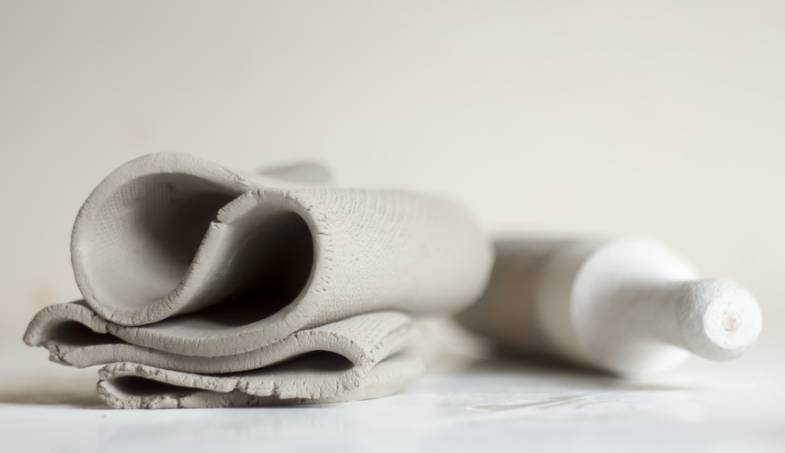