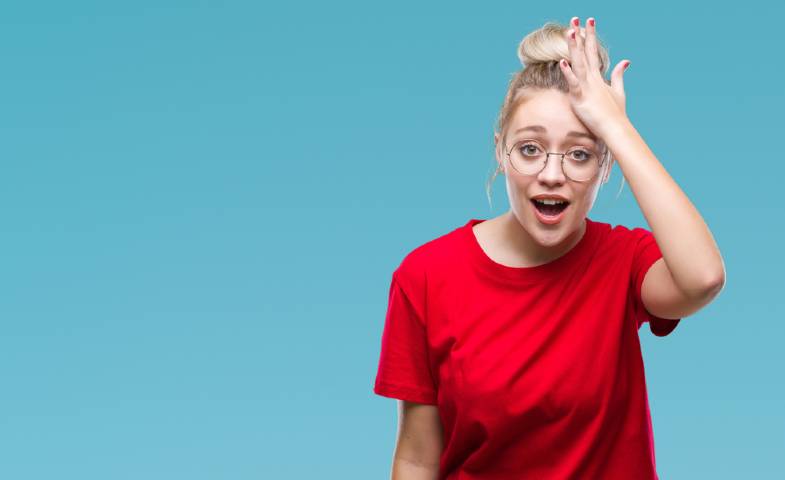 The result of holding a kiln for too long depends on the type of clay and glaze you are using.  And on how long the hold ran over.  Low fire clay will tend to melt.  High firing clays will tend to become brittle, and glazes will become discolored or run.

Hold times usually vary between 5 and 15 minutes.  It may be that you have programmed your kiln to hold for 5, 10, or 15 hours by mistake.  Either way, any time longer than 15 minutes is a long time to hold a kiln.

First, let’s have a look at why holding your kiln for 15 hours instead of 15 minutes is a problem.

Why is it a Problem to Set a Kiln to Hold for Hours Not Minutes?

Firing clay is not just about getting the kiln to reach a certain temperature.  What matures the clay is something called heatwork.  This is a combination of the temperature reached and the time the pottery is being heated.

Heatwork is equivalent to the amount of energy that is being used on the pots as they fire.   A useful metaphor is to think of a pie in the oven.  The pie will not be cooked once the oven has reached its target temperature.  It takes time for the pie to be thoroughly cooked and edible.

The same is true of pottery.  Reaching the target temperature is not sufficient.  It needs to have time to mature.

However, unfortunately, this means that if you set a kiln to hold too long, it causes problems.  Even though the kiln temperature isn’t increasing, the amount of heatwork the clay is getting is continuing to rise.  And if you sent your kiln to fire for 15 hours instead of 15 minutes, the results can be dramatic.

The Orton Ceramic Foundation claims that a hold of one or two hours is like firing one cone higher (source).  Let’s have a look at some things that can happen…

What Happens if I Set my Kiln to Hold for Hours Not Minutes?

The result of setting your kiln to hold for too long will depend on a few factors.  They are:

If you have set your kiln to hold for hours not minutes, all may not be lost.  Here are some of the things that can happen: 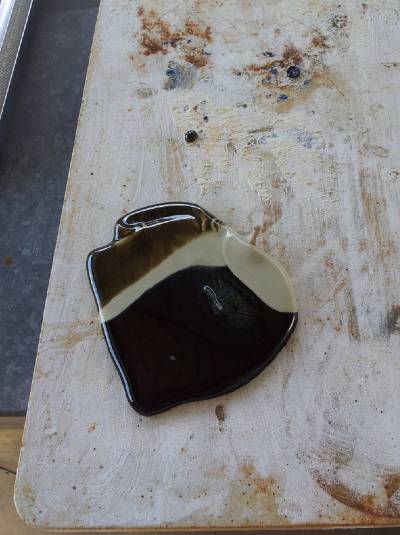 If you are using a low fire clay (for example 06), you may find that the pieces have melted.  Low fire clay can tolerate much less heat work than high fire clay.

If you have used a high fire clay, like cone 10 clay, your ware may fare better.

When you open the kiln having over fired cone 10 clay, you might find that your pots look relatively unscathed.

They may all have retained their shapes, with little or no cracks, melting or damage.

Never the less, even if your pots have not warped or melted, they may be brittle or break easily.  This is not always a problem, but it’s worth checking to see how robust they are.  Over fired clay can often be brittle.  Handles will snap off cups and mugs easily and plates will break with light use.

If your pottery was intended as decorative ware, this may not be so much of a problem.  But if you had meant for it to be functional in some way, you would be wise to test it.  The last thing that you want is for the handle to fall off a mug someone is using.

Some of your glazes may have lost their color or turned out darker than intended.  Glazes that have been overfired can look darker.  Bright greens and reds in particular might become brown.

This, however, might not be the worst thing in the world.  Unexpected results are one of the lovely things about pottery and you might end up with some stunning glaze effects.  Prepare for earthy organic tones rather than primary colors and hopefully you won’t be disappointed.

Another problem related to glazes is that you might find that they have dripped and melted onto the kiln shelf.

If you held your kiln for too long, then your glaze will have been fluid for a long time.  It may well have dripped onto the kiln shelf.  Hopefully, you will have prepared your shelves with kiln wash before firing.  If so, you might find the glaze lifts or snaps off with ease.  Otherwise, you might be in for some sanding and grinding to get rid of the drips from your shelves.

Depending on the clay you have used, you might find that the pottery has bloated.  This defect looks exactly how it sounds.  The clay puffs up like puff pastry and takes on a bloated look.

Bloated clay is fragile, porous and not very easy on the eye.  If your clay has bloated, it’s unlikely that you will want to keep it, even for decorative ware.

Usually, when you fire pottery with a lid, you fire the body and the lid together.  This ensures that they keep a good fit in shape and size.

However, if you have set your kiln to hold for hours instead of minutes, the lid might be stuck on.  There is not a great deal that you can do about this, other than chalking it up to experience.

Damage to the Kiln Elements

So, as you can see, the results of setting a kiln to hold for hours instead of minutes are variable.  All may not be lost.  Your ware may look a little different from what you expected and it may be brittle.  But you will not necessarily open the lid to a melted puddle.

Your pottery and kiln shelves appear to have escaped disaster.  However, using a hold time on a kiln is not kind to the elements of your kiln.  Holding a kiln does wear out the elements on a kiln faster.  Kiln elements that are regularly held for 20 minutes survive half as long as those that are not held (source).

So, if you have set your kiln to hold for hours instead of minutes, your elements will pay the price.  You may find that they need to be replaced sooner rather than later.

5 Ways Avoid Setting Your Kiln to Hold for Too Long

We all make mistakes.  If you have set your kiln to hold for hours instead of minutes, you’re not alone.  The best thing to do is learn from the error and move on.  So, what should you do in the future to avoid making the same mistake?  Here are some suggestions…

When you have finished setting your kiln, it’s good practice to review your program.  Once you have held your pottery for too long by mistake, you’ll probably check and double-check in the future.  It is worth a simple pause and a moment’s review to avoid the stress of over firing your kiln again.

Tip 2: Beware of Those Decimal Points

It’s relatively easy to program a kiln to hold for 15 hours instead of 15 minutes by mistake.  On the control panel, when you are programming the hold time, your digits appear in this format as follows, 00:00.

It’s easy to misread this if you are in a rush or a bit stressed about setting your kiln.  But the results of this simple error can be considerable, so it’s worth double-checking your decimals.

This is easier said than done.  Firing takes a long time and you probably don’t want to hang around babysitting the kiln as it fires.  Never the less, leaving a kiln unattended does come with risks.

You don’t have to be in the kiln room whilst it’s firing.  But, it is best to stay in the same building and check the kiln regularly.

Most potters will recommend that you are in the room when you know that firing is due to end.  If you are about and your kiln does not shut off at the expected time, you know something is amiss.  This can help you avoid overfiring.

You may not have a modern kiln with a downloadable app.  One solution to this that potters use is to rig up a baby monitor by the kiln.  This means they can be in another room whilst the kiln is firing.  And they will be able to monitor the kiln remotely, old style.

If you realize that you have set your kiln to hold for hours instead of minutes, you may well panic.  This is a natural, human response to making an error.  But the best thing you can do is take a breath and let the kiln cool slowly.

There are measures that potters take to speed up the cooling process.  These include taking out the plugs from the peep holes and cracking the lid of the kiln.

However, if your pottery has been on hold for too long, it has already been through a lot.  If you try to speed up the cooling process you risk adding thermal shock into the mix too.

Avoid making the situation worse by letting the kiln cool down slowly and naturally.  Then you can take a deep breath and look inside the kiln to evaluate the situation.

Tip 5: Remember to Use Kiln Wash

Kiln wash is painted on the kiln shelf to prevent glaze from sticking to the shelf if it drips.  This is an inexpensive, simple way to avoid having to spend hours grinding off glaze drips from your shelves.

Try not to give yourself too hard a time about having made a mistake.  We are all human and making mistakes like this is part of a learning curve.  Even experienced potters will mess up in spectacular ways too.

So, if you set your kiln to hold for hours instead of minutes, breathe, be philosophical, and forgive yourself.  And remember, it’s just mud! 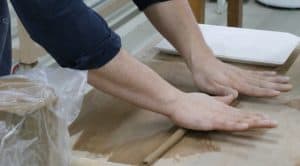 The first step in making coil pottery is learning how to roll a clay coil.  This might sound simple, and of course, in some ways, 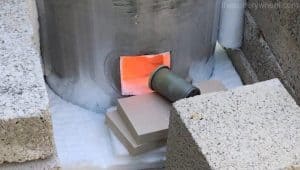 How to Raku Fire Pottery- Tips on the Raku Firing Process

Since I started using my DIY raku kiln, I have picked up some tips on the raku firing process.  It took me a few tries