What is a Hold When Firing Pottery? – How to Soak Your Kiln 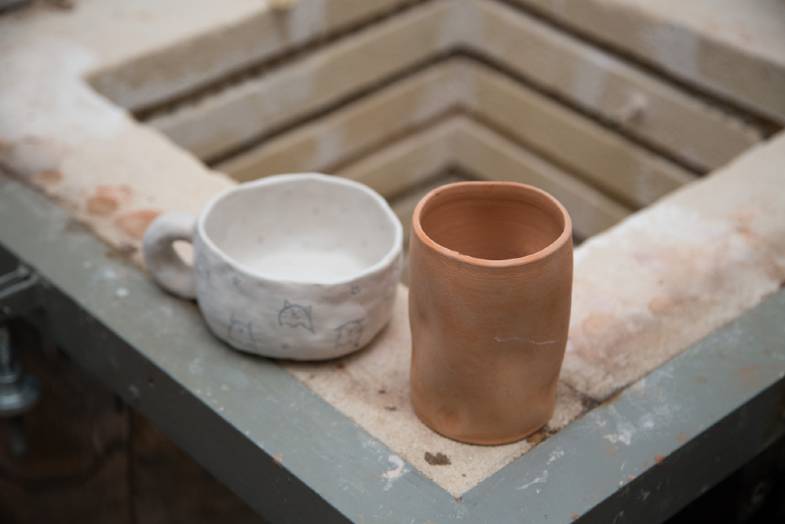 There are a number of technical terms used by potters when they talk about firing their pottery.  One term you will come across when learning about using a kiln is a ‘hold’ or ‘hold time’.  It took me a while to piece together why potters used a hold time.  So, I thought it might be helpful to write a post explaining what it means to hold when firing pottery.

A kiln can be programmed to hold or remain at certain temperatures when firing.  A hold is a period of time, often around 10 minutes, at which the kiln stays at the same temperature.  This evens out the temperature in the kiln and helps reduce imperfections in the clay and glaze.

A hold when firing pottery is also referred to as being a soak or dwell.  In this article, I will look more closely at why it is used, and how it is done.  I will also explore how long hold times usually last and what can sometimes go wrong when using this function.

What is a Hold When Firing Pottery?

A firing schedule refers to how the temperature in a kiln is climbing as it is heating up.  Kilns can be programmed to climb at different speeds and this is measured in the increase of degrees per hour.

Firing schedules are made up of different segments.  During each segment, the kiln is climbing to a higher temperature, at a different rate.  Each segment starts with a ramp-up in temperature.  The ramp can be fast or slow, depending on the rate of temperature increase.

At the end of each ramp up in temperature, the kiln can be programmed to hold at a particular temperature.  This is what is meant by a hold when firing pottery.

During a hold, the kiln stops ramping up in temperature and dwells at that point in the schedule.  The length of hold time varies but is normally somewhere between 5 and 15 minutes.

Why is a Hold Time Used?

There are a few reasons why potters use a hold time when firing pottery.  These are:

Orton Ceramics point out that heat does not distribute evenly in a kiln.  Hot air will tend to rise to the top of the kiln and cooler air will linger at the bottom.  Time is needed to allow the heat to radiate evenly.  A hold time helps the center of the kiln catch up so that the pottery all reaches the required temperature.

‘Soaking’ the Clay and Glaze

The hold is also known as ‘a soak’.  During a hold, the pottery soaks at a given temperature.  This allows the heat in the kiln to do its work.

During firing, the clay and glaze undergo lots of physical and chemical changes.  These changes require time to be completed.  Soaking the pots at a certain temperature ensures that the necessary processes have been completed.

For example, carbonaceous and organic matter has to be burned out of the clay during firing.  Particularly during a bisque fire.  Holding the kiln at 1112F (600C) will ensure that gases from this burnout will have been released from the clay.

A hold when firing pottery can also help reduce imperfections in glaze.  Most of the moisture and gases that need to be burned out of clay happens during a bisque fire.

However, gases are still generated from clay during a glaze fire.  This is particularly the case if the clay was fired to a lower temperature during the bisque fire.

The remaining organic compounds and carbons in the clay will burn out during a glaze fire.  This can cause imperfections in the glaze surface such as pinholing.  A hold or soak during a glaze fire, allows the glaze to stay in a molten liquid state for a little longer.  This gives the glaze a chance to heal over blemishes like pinholes and blisters created as the last gases escape.

How to use a Hold When Firing Pottery

Electric kilns with digital control panels give you the option of using either cone fire mode or ramp hold mode.

Although these terms can feel a bit intimidating if you are new to using your kiln, the difference is simple.  And once you have used either mode a few times, it will feel like second nature.

This is basically a firing schedule that has been pre-programmed into the kiln.  It is the more commonly used method of firing an electric kiln because it’s so simple.

In cone fire mode, you just need to tell the kiln what cone you are firing to.  Whether you want a slow, medium, or fast schedule.  And if you want a hold time.  You will also be asked to program in how long you want the hold to last.

With ramp hold mode, you are essentially programming your own firing schedule.  You tell the kiln how many segments you want in a particular schedule.  And you specify the target temperature of each segment, the rate of increase, and if you want a hold time.

If you do want a hold time, the kiln will ask you to specify how long to hold for.

Setting a Hold with a Kiln Sitter:

Some kilns do not have digital control panels.  Instead, they rely on a kiln sitter to switch them off when they reach a target temperature.

A kiln sitter is a mechanical device, rather than a digital control.  It consists of a rod that passes through a tube in the kiln wall.  Inside the kiln, a pyrometric cone rests on two supporting bars.

The kiln sitter rod sits on the pyrometric cone in the kiln.  As the kiln heats up the cone bend and the rod eventually drops.  As the rod falls it switches off a weighted mechanism on the outside of the kiln, which switches off the heat.

How Long to Hold a Kiln For

Potters will choose different lengths of time to hold when firing pottery.  Typically hold times will vary between 5 and 15 minutes in duration.

Advice from kiln suppliers and manufacturers about how long to use a hold time does vary.

For example, L&L kilns recommend that the maximum hold time ‘should be no longer than 10 minutes’.  Whereas others state that firing a little cooler than normal and ‘holding for 10-20 minutes can heal pinholes in ceramics’.

It’s worth remembering that a hold time contributes to the heatwork that has gone into your ceramics.  Firing pottery is not just about the temperature a kiln reaches.  The amount of time that your ware has been fired is also important.

It is ‘heatwork’ rather than simply temperature that determines if your pottery is sufficiently fired.  Heatwork is a combination of the temperature reached and the amount of time it is fired.  It is a measure of the amount of energy that has been used to fire your ware.

Different kiln makers will give different recommendations regarding hold times.  However, what is agreed is that holding does increase heatwork.  As such, the length of time you hold needs to be thought through.  And it’s advisable to experiment with the clay and glaze you are using to test the results.

A Word of Caution

It’s important to be careful when you program a digital controller that you don’t mix up your minutes and hours.  When you program your kiln, you need to enter how many minutes you want to hold for.

If you enter 10:00, instead of 00:10 you are asking the kiln to hold for 10 hours.  Unfortunately, this is an easy mistake to make.  At best this will make your pottery brittle and too fragile to use.

It can also cause glaze to run, drip, and discolor.  At worst, your clay may end up in a melted puddle on your kiln shelf.

It’s worth noting that not all potters use a hold time.  One argument is that if your pots need more heatwork, you may as well just fire to a higher cone.  Some potters feel that firing to a higher cone has the same outcome.  But that it is less stress on the elements of your kiln.

Also, kilns, clays, and glazes are all variable, and not all will benefit from holding during a firing schedule.

Glazes in particular may not benefit from being held.  And a hold time might affect a glaze clay fit.  It is worth experimenting with a few test tiles when deciding how long to hold when firing pottery.  This will save you time and heartache before committing to a full kiln load to a particular hold time. 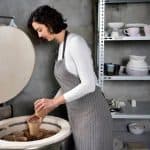 What is Candling a Kiln and How is it Done? – Key Facts 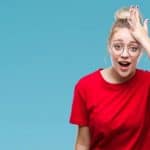