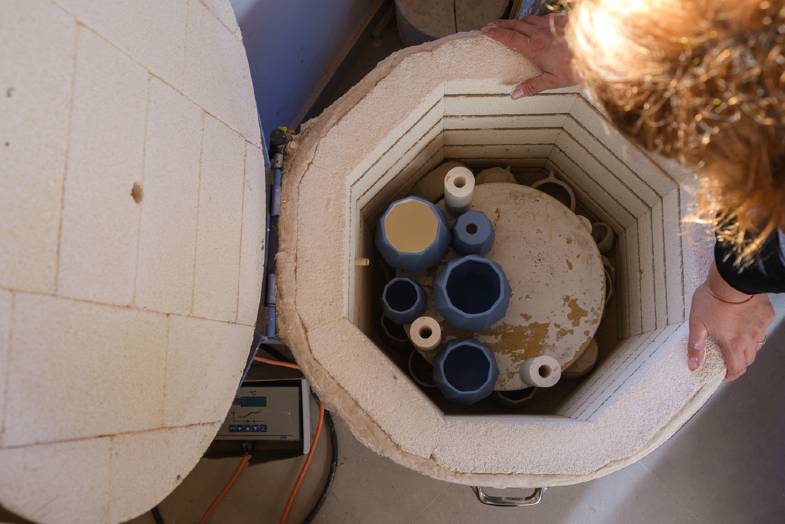 A lot of heart and soul can go into making your pottery.  So, it can be gutting when your glaze doesn’t turn out how you wanted it to.  If your glaze is underfired, you might be wondering if you can do anything to salvage your work.  The question is, can you refire underfired glaze to rescue your ware?

You can refire underfired pottery glaze.  How successful the results of refiring the glaze is will depend upon why the glaze was underfired.  Sometimes refiring underfired glaze can work well.  Other times it may not turn out as you would have liked.  But it’s worth a shot.

Underfired glaze has not been fired to maturity.  Its appearance will depend upon how underfired it is.

One of the key ingredients of glaze is silica, which is a glass-forming material.  When the glaze gets hot enough in the kiln it melts.

If a glaze does not reach its target temperature and melt it will be underfired and look matte.  It may look a little drier and harder than it did when it went in the kiln.  But very underfired glaze, will not be glossy or glassy because the glass-forming stage didn’t get underway.

If glaze is in its melted fluid state for long enough the bubbles pass through and the surface smooths out.  If the firing schedule ends too soon, the bubbles don’t have enough time to be properly expelled from the glaze.  As a result, they can be trapped in the glaze and cause a range of blemishes on your glaze surface.

So, glaze that is a little underfired didn’t quite reach its target temperature.  As a result, the glaze may have melted but not had time to smooth out.  This glaze can be pitted and have an orange peel texture.  Or it might be cloudy with trapped bubbles.

If the pottery is underfired, this matrix between the glaze and clay doesn’t form.  And the glaze sits on top of the clay, like a badly fitting jacket.

Crazing can be a problem with glazes for different reasons.  But if it’s due to underfiring, it’s often linked to the glaze chemistry.  If the glaze doesn’t contain enough silica, it may not melt enough.  And this can prevent the glaze from melting enough and bonding with the clay body.

If you have made your own glaze, then you can tweak the ingredients in your glaze mix.  However, if you have bought commercially made glaze, changing the glaze chemistry is not really possible.  It might just be that this glaze does not get on well with the clay you are using.  A solution might be to simply experiment with other clay and glaze combinations to find one that fits.

If glaze is underfired, refiring it can give the pottery a chance to mature. Often this process will be fine and your glaze will look as you would have hoped. But there are some things to look out for too.

Sometimes mistakes are made when pottery is fired.  For example, a stoneware glaze that needs to be fired to cone 6 might be put in an earthenware firing.  When you take the pottery out of the kiln, you might find that the cone 6 glaze has simply not melted.

Firing the pot again at cone 6 temperatures just means that the glaze gets hot enough to melt this time.

But what happens if your glaze starts to melt and form glass, but doesn’t quite mature when it’s fired.  Firing it again is like glaze firing it for the first time.

If your glaze has not quite reached the target temperature it will not be fully mature.  However, glaze that is just a little underfired will have gone through chemical changes.

As a result, you may get some unexpected results.  This is not necessarily a bad thing, and you may still get some nice results and effects.  But, it’s as well to be aware of some of the things that might happen.

What Happens if you Refire Underfired Glaze?

How glaze responds if you refire underfired pottery depends upon the kind of glaze you are using.  Glaze that is just a little underfired, has already had a lot of heatwork.

Heatwork is a combination of the temperature reached and the amount of time the glaze has been heated.  It is heatwork that brings about the chemical changes in glaze.  Once it has had a certain amount of heatwork, the chemical makeup of the glaze will have been altered.

So, when you are refiring, you are piling a lot of heatwork onto glaze that is already almost mature.  This can lead to the glaze being over mature or overfired.

This can affect the glaze in the following ways:

When you refire underfired pottery, you can get some unexpected glaze colors.  Glazes that you hoped would be red might turn brown.  Some reds might turn green.  Purples might turn khaki.  And dark blues might become pale.

The colors that you get when you refire underfired pottery might be nice.  But on the whole, they will be more organic looking.  And can have a tendency to look a bit burnt out, which in effect they are.

If you can put aside your expectations and disappointment, some of these colors can actually be rather nice.  They may just not be exactly what you had imagined when you were originally glazing your piece.  At other times, they can simply be muddy and uninteresting.

Another thing that can happen if you refire underfired glaze is that the glaze can become quite runny.  If your glaze is only a little underfired it will have had quite a bit of heatwork already.

As a result, the glaze can become thin, and slide down the piece, pooling at the bottom.  Sometimes this results in drips.  Other times it simply makes the glaze look a bit see-through.

Sometimes when you refire underfired glaze, the glaze will mature and imperfections will smooth out.  Most often when potters refire their glaze, they do it with an attitude of ‘what do I have to lose’.

If you approach refiring your ware with that attitude, then anything that works out well will be a bonus.

Some Tips for Refiring Underfired Glaze:

How to Avoid Underfired Glaze in the Future

Because refiring underfired glaze can be hit and miss, it’s best to get the firing right the first time around.  There are a few reasons why glaze might be underfired.  Here are some of them:

If your glaze is underfired, then you don’t have much to lose by refiring your work.  With time I have got more of an idea of which pots are worth refiring and which are not.  Sometimes, if a piece doesn’t work out as you hope, it’s best to move onto something new.  Refiring can make a bad glaze worse.  Nevertheless, at other times, you can refire underfired pots and produce something unexpectedly lovely.  I guess that’s why potters talk about the ‘kiln gods’! 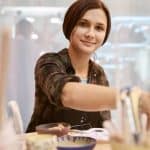 Pottery for Beginners – How to Start Making Pottery at Home

4 Potter’s Choice Glaze Problems – And How I Solved Them 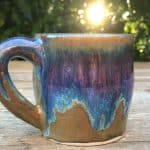