Which Direction Should A Pottery Wheel Turn? 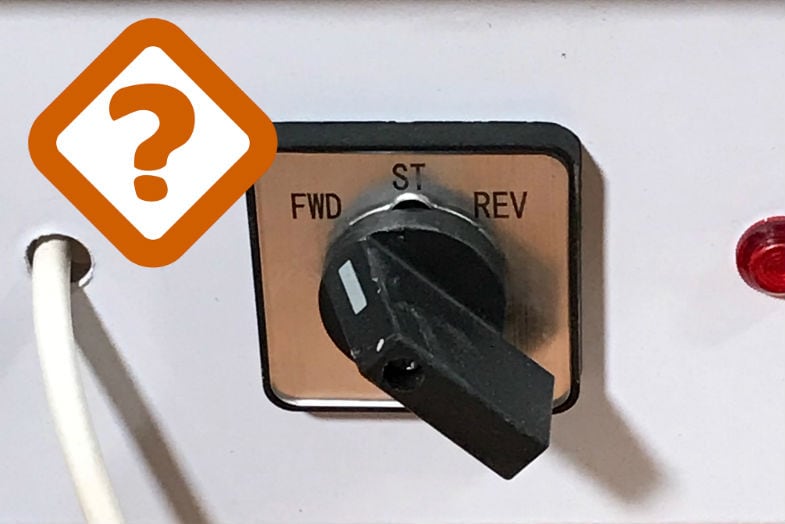 I have an electric wheel with a reverse switch.  When I first started using it, I began throwing with the wheel going clockwise.  It made logical sense to me.  However, I began to find certain techniques awkward and noticed that lots of potters have their wheel going counter-clockwise.  So, I started to look into which direction should a pottery wheel turn?  And this is what I learned:

It’s often said that wheel throwing is easier for right-handed people if their wheel goes counter-clockwise.  And that it’s best for left-handers if it turns clockwise.  However, there are also regional differences.  In western countries, most pottery wheels turn counter-clockwise.  Whereas in Japan, China and Korea, most wheels go clockwise.

Does your dominant hand affect which direction your wheel should turn?

Some reasons that are given for this convention are as follows:

If you are right-handed, it will be easier for you to use your left hand for putting pressure on the clay whilst centering.  Essentially your left hand is being used as a bit of a stabilizer.  The clay turns round to the left and meets the strong stabilizing heel of your left hand.

It continues to turn and meets the soft palm of your right hand and moves easily through your fingers.  If the clay were moving clockwise, it would be more likely that I would catch and gouge it with my fingers.

Your right hand is then free to do the finer shaping work.  And you can use your right hand to hold tools whilst you are throwing.  If you are right-handed, it is easier to use tools in your right hand.  And if the clay is going counter-clockwise, again, you are less likely to jab the clay with the tools.

Some potters claim that once the clay’s centered, they use their dominant hand on the outside of the pot. By contrast, the non-dominant hand will work on the inside. It is easier to do this if the clay is going counter-clockwise for right-handers and clockwise for left-handers.

Regional Differences in the Direction a Pottery Wheel turns

For this reason, pottery students are often advised to learn how to throw according to the local convention. For example, if you are learning to throw in the US, it is sensible to learn counter-clockwise.

The argument is that most wheels in the US go counter-clockwise. Therefore, you will be more able to work on wheels other than your own. You may find yourself in a setting or studio where the wheels don’t have a reverse function.

On the one hand, it is argued that a potter’s dominant hand determines which direction their pottery wheel should turn. On the other hand, there are regional conventions that can be used to override the individual’s preferences.

Why Do Pottery Wheels Turn in Different Directions?

The reason that potter’s wheels turn left in the west and right in the east is mainly historical.

Pottery Wheels in the West

Up to 95% of the population, regardless of their country, are right-handed. In the west, potter’s wheels were originally built with a wheel head that sat above a flywheel. The flywheel was kicked in the same way that a kick wheel is used today.

Because most people are right-handed, typically potters kicked the flywheel with their right foot. When a flywheel is kicked with your right foot, it will turn the wheel head counter-clockwise.

Pottery Wheels in the East

By contrast, wheels in the east were designed and evolved very differently.  The wheel head was positioned close to the ground.  Basically, the wheel head and flywheel were one and the same.

The potter sat on the ground next to the wheel with crossed legs.    The wheel head is rotated by inserting a stick into a hole in the wheel head and pulling the stick.  The potter then throws the clay.  As the wheel slows down, the stick is used again to speed it up.  And the process is repeated for as long as it is needed.

It is easier to get the momentum of the wheel going if you pull the stick rather than pushing it.  If you are right-handed, then you will pull the wheel head towards you in a clockwise direction.  The stick and the wheel head, therefore, move clockwise.

A good example of this technique is documented in original footage from 1965 of Shoji Hamada throwing at the wheel.  Hamada was a very influential Japanese potter.

Therefore, the dominant hand is used to do fine work on the inside.  Whilst the left hand does more work stabilizing the piece on the outside.

I really like the sentiment behind this thought, but I’m not sure how much truth there is in it.

Is There a Right and Wrong Direction for your Pottery Wheel to Turn?

The consensus seems to be that there is no right or wrong direction for the pottery wheel to turn.

Some potters find that their dominant hand makes it easier to work one way rather than another.  Generally, right-handed people do seem to find it easier to throw counter-clockwise.

There are also those potters who feel that you should do whatever feels most natural to you.  My sympathies are with this position.

Throwing pottery is a complex blend of motor skills and creativity.  And working in a way that feels natural makes sense.  If you start battling with your natural instincts then you are making the job of learning harder.

One anecdote from a pottery teacher is that it doesn’t matter if you throw clockwise or counter-clockwise.  The quality of the pottery produced is the same.  However, it will take much longer to learn if you go against what feels natural.

It May Depend on What You are Making

In addition to the above, potters will often use different wheel directions depending on what they are doing.  For example, it is not uncommon for potters to throw pots going counter-clockwise.  And to trim pots going clockwise.

However, there are lots of countries where it is standard for potter’s wheels to go clockwise. And these countries also have a majority of right-handed people. This would suggest that it’s largely convention that dictates what’s considered normal, rather than a matter of right or wrong.

In some ways, it is convenient to learn to throw in the way that most people in your culture throw. However, what seems more important is to choose a way of working that feels natural to you.

Common sense suggests that if you are comfortable in the way you work, you will produce better pottery. Perhaps the direction that a pottery wheel should turn is really a matter of personal choice. 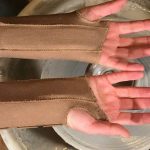 How to Make Pottery Without Wrist Pain

10 Easy Ways to Find a Pottery Firing Service Near Me 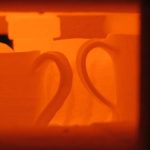