Fine China Vs Bone China – What Exactly is the Difference? 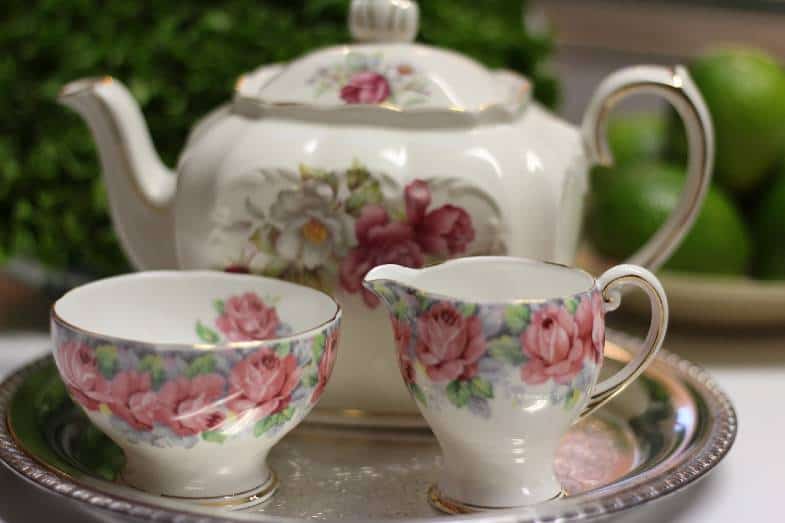 Fine China was introduced in BC 11. Bone China, on the other hand, dates back to the 1800s. Additionally, Fine China is made from a mixture of kaolin, quartz, clays, and feldspar, while Bone China is made of cow Bone ash mixed into the ceramic ingredient.

Bone China is fashioned from cow bone, as the name implies. The bone is crushed into Bone ash, which is then combined with ball clay, feldspar, kaolin (a type of clay), and quartz. The amount of bone in the mixture determines the quality of the end product; high-grade Bone China should have at least 30 percent bone and can go as high as 40 to 45 percent.

Bone China usually undergoes two firing processes. The first fire causes the product to shrink and may even break it. About 20% of products crack and break at this stage. After the first firing, the subsequent one occurs after the china has been glazed. This stage melts the glaze into the piece. Those that don’t crack or shatter throughout this step get their final patterns. Most of the pieces are painted or sprayed by hand.

Fine China is made from a mixture of mixed clay, kaolin, feldspar, and quartz. Depending on the manufacturer, more materials may be incorporated. Each item is meticulously sculpted into the desired shape and then fired at temperatures of about 1,200° (2,200° F) in a succession of firings.

The production of Bone China begins in the same way as Fine China. The primary distinction between the two is that Bone China contains cow bone ash in the ceramic composition. Because of the Bone ash ingredient, the firing temperature is lower when compared to that of Fine China.

Fine China is produced from a blend of China stone and China white clay. Bone China is made out of three components: China stone, Bone ash, and China clay. Cattle Bones are commonly used to make Bone China. They are roasted to extreme degrees till they turn to ash. They are then pulverized and mixed in with the other ingredients.

Fine China production is a straightforward procedure. Clay is combined with additives, formed, and burned in a kiln. The only differences are the identities of the constituent elements, the kiln’s temperature, and, most importantly, the development of mullite. Typically, painted ornamentation on Fine China is applied over the fired glaze.

Bone ash gives a milky white color to ceramic items. On the other hand, Fine Chinas have a brighter white appearance. Bone ash also increases the translucency of the piece. For instance, when you shine a light source on Bone China, you will see that it allows more light to pass through than Fine China, which is somewhat more opaque.

Although Fine China has a more classy finish, it is also more fragile because of the higher fire temperatures necessary in its production.

Another way to distinguish between the two is to listen to the sound they produce when you bang two pieces together. Fine Chinas produce a strong, deep “ding” sound (with no echo). On the other hand, Bone China pieces will make a “clang” sound similar to a bell ringing (with echo).

Which is More Popular?

Whether you enjoy fancying up your table for special occasions, or if you’re looking to invest in quality everyday dinnerware, China dinner sets are a great option to consider. Both Chinas symbolize luxury and high-end elegance.

That said, many people still prefer bone china- there are thinner, lightweight, and in general more expensive than fine china. Nonetheless, if you are an antique collector, you might want to go for Fine China. As we have already established, Fine Chinas were introduced a lot earlier than Bone China. This makes them great collectibles.

There are so desirable that one (The Qing Dynasty porcelain vase) was auctioned for $84 million, making it the most expensive porcelain item ever sold.

High-quality Bone China tableware is available from brands such as Wilkie Brothers and Noritake. If you like Fine China, Maxwell and Williams, Royal Doulton, Robert Gordon, and Ecology are all options.

In conclusion, it is not that simple to distinguish Fine China vs Bone China. However, if you are keen enough, you might be able to spot the color difference. The addition of bone ash to Bone China gives it a warm hue, whereas Fine China is bright white.

Fine China is created by combining China stone with China white clay. On the other hand, Bone China is made out of three components: China clay, China stone, and bone ash. Items manufactured by Bone China are more durable than those produced by Fine China.

Also, Bone Chinas is more translucent than Fine China. Even if the items made of Bone China are painted, the surface is still translucent. Lastly, there is also a significant price difference between Bone China and Fine China goods. 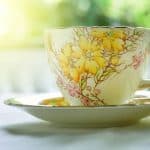 How Much Does Fine China Sell For? – Pricing Your China

Bone China With No Markings – Sizing Up Unmarked China