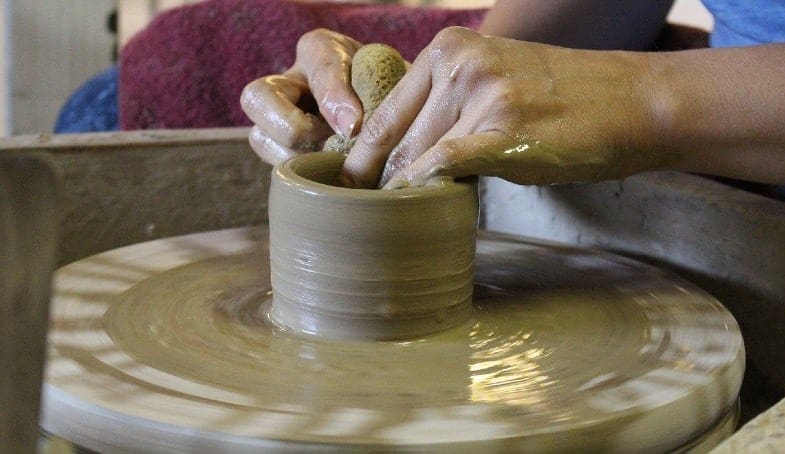 Why Has my Wheel Head Corroded on my Pottery Wheel?

Wheel head manufacturers give different reasons why your wheel head may corrode on your pottery wheel. These include not cleaning clay off the wheel, pitting, and using acid-based cleaners.  A good solution is to clean your wheel head often using use a pH balanced cleanser and fix pitting regularly.

Corrosion occurs when iron reacts with oxygen and moisture, resulting in rust. Rust can proliferate when the metal is exposed to chemicals such as acids and salty water and weather elements. The main causes of corrosion are: 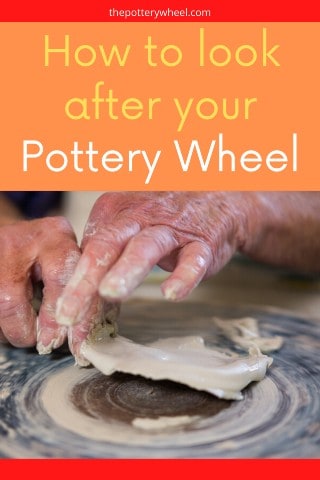 Wheel heads can succumb to pitting corrosion when the factory coating is chemically attacked or is physically damaged. When the factory coat peels off, the underlying metal becomes exposed to air and water.  This makes the wheel head prone to erosion.

It is important to remember that salty conditions accelerate the process of corrosion. That means that cleaning your wheel head with seawater makes pitting corrosion even worse.

Pitting corrosion can also be initiated by poor application of a protective coating. In this case, the protective coating becomes prone to damage resulting in exposure of some parts of the wheel head to oxygen and moisture.

Pitting corrosion can also be initiated by non-uniformities in the metal used to make wheel head.

Pitting corrosion is the most aggressive form of corrosion of the wheel head. Additionally, it is hard to detect. As such, pitting can create a cavity that penetrates your wheel head in a vertical direction down from the surface.  This makes it harder to spot. 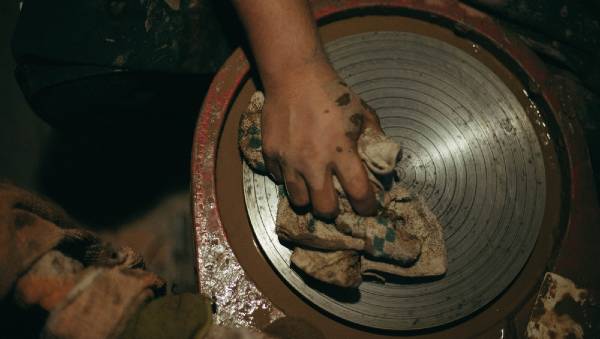 How to Prevent Pitting Corrosion

Every so often, you need to clean the clay off of your wheel head. It is important to use recommended procedures to expose the pits fully and remove corrosive products.

Exposing the pits and removing debris off the wheel head ensures that pitting corrosion is detected early enough.  You can then take steps to fix the problem.

Besides, when the wheel head is clean and free from clay the extent of the damage can be evaluated effectively. If you detect the corrosion in time, you can apply a protective coat.  This will cover the pits and prevent corrosion from becoming severe.

On the other hand, if the damage is severe you may decide to replace the wheel head.  New wheel heads are quite inexpensive, and it is often easier to simply replace them.

Some potters prefer using acid-based cleansers to clean their wheel head. These leave your wheel head sparkling clean.  However, they can strip away the protective coat and make your wheel head vulnerable to corrosive attacks.

In particular, these types of cleansers cause general corrosion as well as pitting corrosion. Therefore, it’s a good idea to stick to using recommended cleansers to prevent your wheel head from being corroded.

Ideally, use a pH-balanced cleanser that will not strip away the wheel head’s preventive coating. If you are not sure of the type of cleanser to use you can always consult the manufacturer.

To begin, you should remove all the clay off your wheel head every time you have used it. A quick wipe with a damp cloth is not really enough.  Moisture from the clay left on a wheel head, combined with oxygen in the air can react with metal.  This can result in corrosion.

As a consequence, manufacturers always recommend using a sponge during cleaning to ensure the protective coating is not damaged.

It is understandable that abrasive materials will always make your wheel head look more polished.  However, their long-term effects on the wheel head override the short-term superb cleansing capabilities.

It takes a shorter time to clean your wheel head using abrasive materials as compared to using a sponge. However, it’s better to spend a little longer time cleaning your wheel head and avoid irreversible damage.

Remember that the end result of severe corrosion is the replacement of the wheel head. You can save yourself the pain and cost of replacing a wheel head by following the recommended cleaning procedures.

In general, cleaning up after you have had a session on the wheel is good practice.  Keeping on top of clay mess is a good starting point.

To slow down corrosion, be sure to properly clean and polish your wheel head. Firstly, clean your wheel head regularly to prevent the accumulation of clay.

If your wheel head corroded, it’s not the end of the world.  They can be replaced, but if you can avoid having to do this, it is best.  A good rule of thumb is to always use a pH balanced cleanser.  This will not strip away the wheel head’s preventive coating. Furthermore, regularly polish your wheel head to remove corrosive products and minimize pitting corrosion. 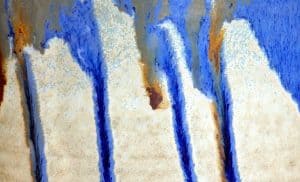 How to Get Glaze Off Kiln Shelves? – Easy Glaze Removal

Finding that your glaze has run off your pottery and onto the kiln shelf is not unusual.  Especially if you are just learning to glaze 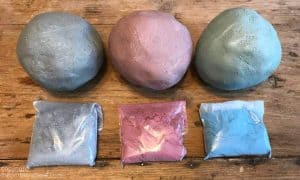 How to Make Colored Clay – 3 Easy Methods with Images

It is simple to make colored clay, and the results can be really stunning.  It is one of my favorite ways of decorating my pottery.