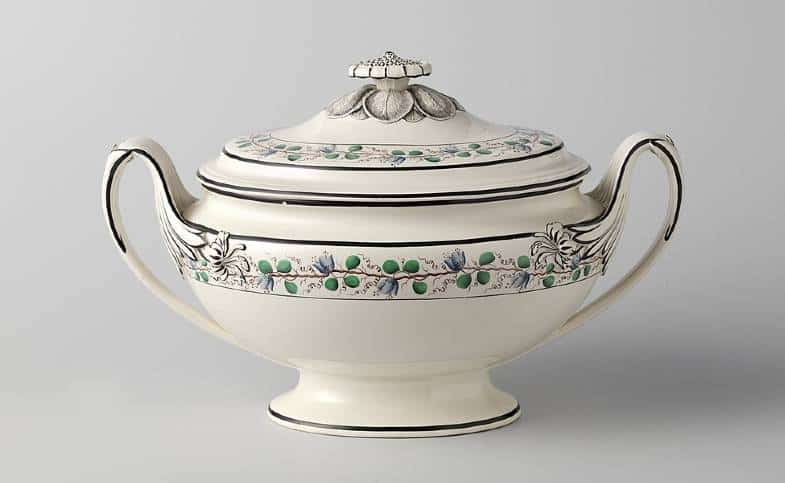 Creamware is earthenware pottery made from a combination of white clay and calcined flint. It is marked by a distinct cream color and a pale lead glaze. Creamware originated from England in the mid to the second half of the eighteenth century and is also linked to countries such as France, Italy, and the Netherlands….